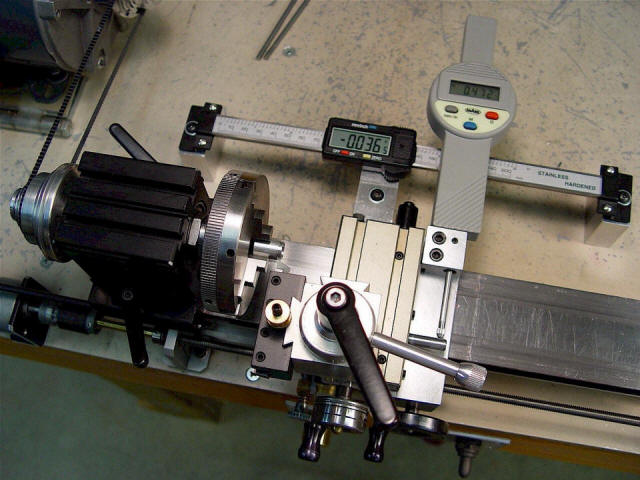 Taig Micro Mill DROs for the Z1- & X-Axes.
Both scales have SPC outputs. The Z1-axis uses an eight-inch scale. The X-axis uses a
two-inch-range digital gauge (manual) with a readout to 0.0005". Its mounting stem is 8mm instead of the US standard 3/8" (9.525mm)
diameter stem. The gauge turns on & off automatically. When in the OFF mode, both scales still maintain their
readings & will track movement & zero button presses. The OFF mode just turns off the LCD to nominally conserve the battery. Milling the Carriage 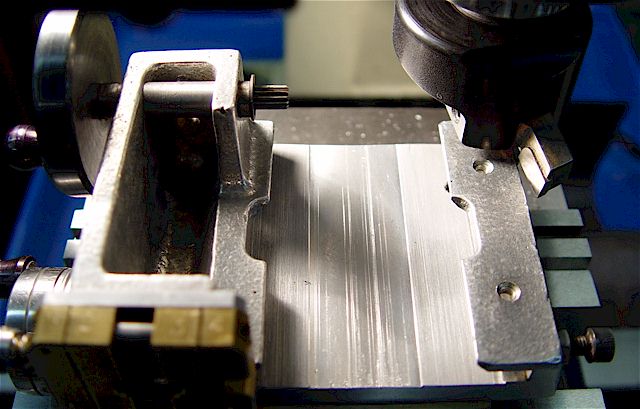 The bottom/back of the Taig mill
carriage is rough cast aluminum.  It needed to be fly cut flat & parallel using
the RF-25 mill. Minimal material was removed. 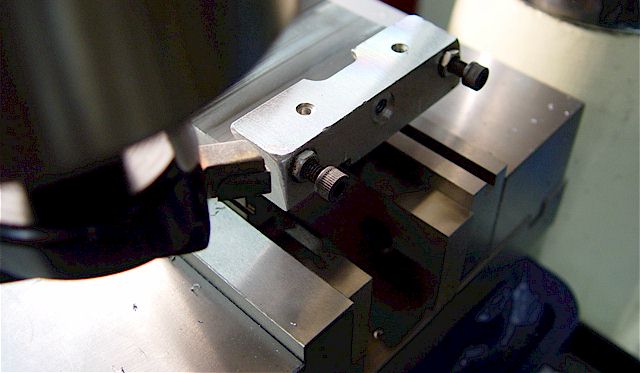 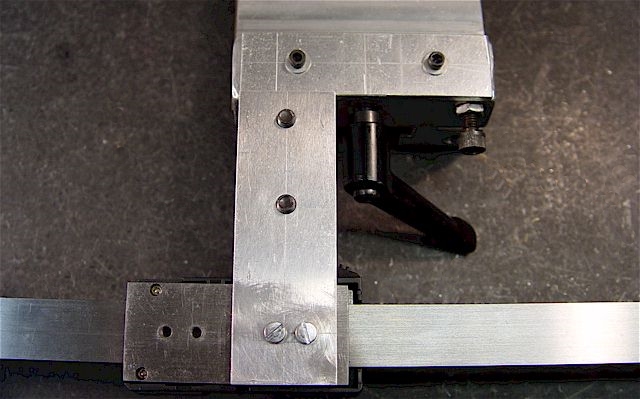 Detail of the bottom with the X-axis bracket attached to
the carriage using two, pre-existing cap-head screws. These two screws hold the gib in-place. Slightly longer
4-40 screws with washers were all that was needed. Two, ground down, M3-0.5 screws affix the transducer.
If they are too long they can touch the scale back.

Detail of the Z1-axis bracket top. Two, 10-32 button-head
screws with washers hold the two separate brackets together. This design helps when aligning the scale & allows a quick
disconnect if I want to remove the carriage from the dovetail slide. Both brackets are 1/8" thick aluminum. In operation, the
ratcheting-type carriage locking lever hangs down vertically for access. 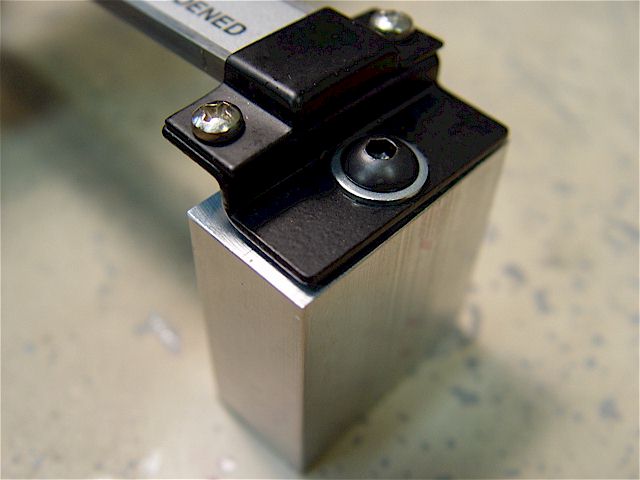 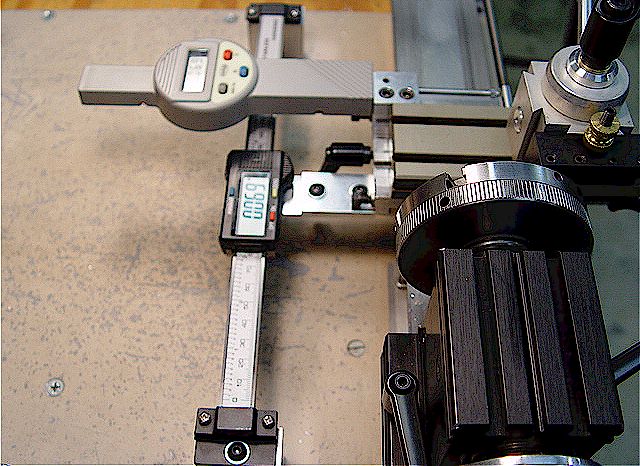 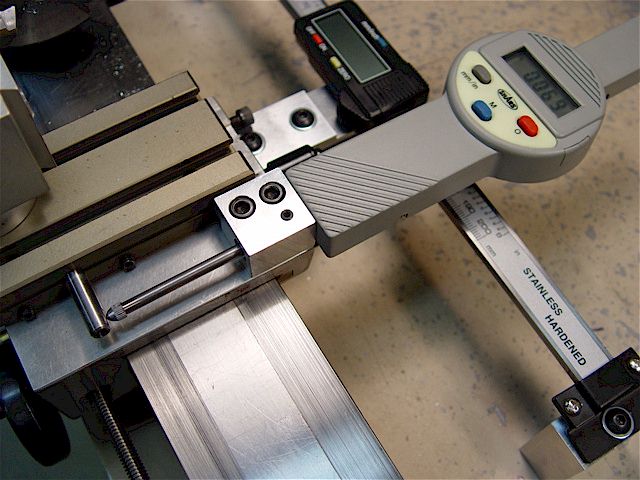 The X-scale plunger was precisely
set to be parallel to the cross slide. 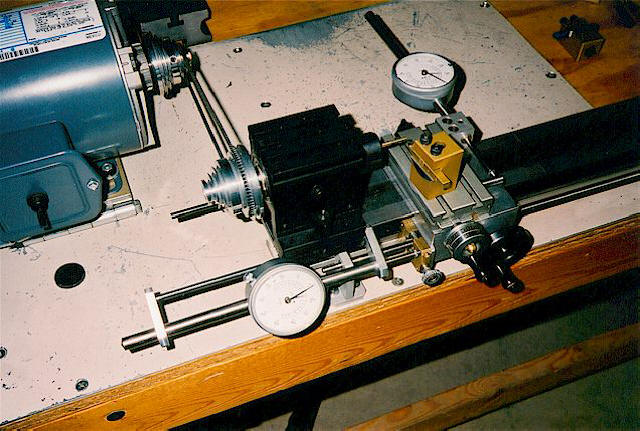 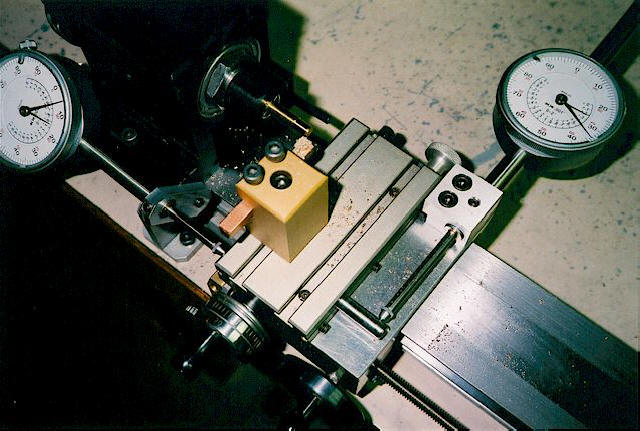